firstly I would like to say that I hope you are all OK and you haven't had too much damage from the storm.

We had very high winds and heavy rain here in southwestern Ontario but nothing as bad as they said it might be and far from what has happened in some of the affected areas on the east coast of the US.

I was very happy to wake up to see that our willow tree 'Salisbury' was still standing strong and had only lost a few branches which were not too big but one. And this one is the one that caused the damage we had. It was torn off and ended up in our pool, tearing a big hole into the winter cover that now needs replacing, which will take a few weeks before it can be fixed. Saying that we still have our roof, no broken windows and we are all OK and apart from the garden/backyard being very messy ... we were very, very lucky!! I so hope you were too!! 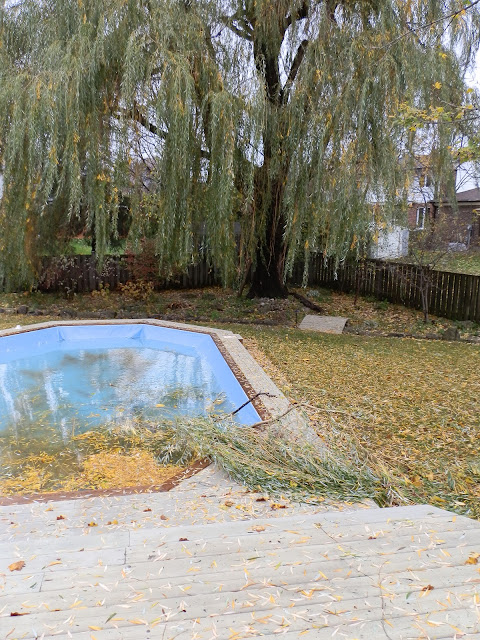 It didn't look bad at all this morning until I took a closer look and ... 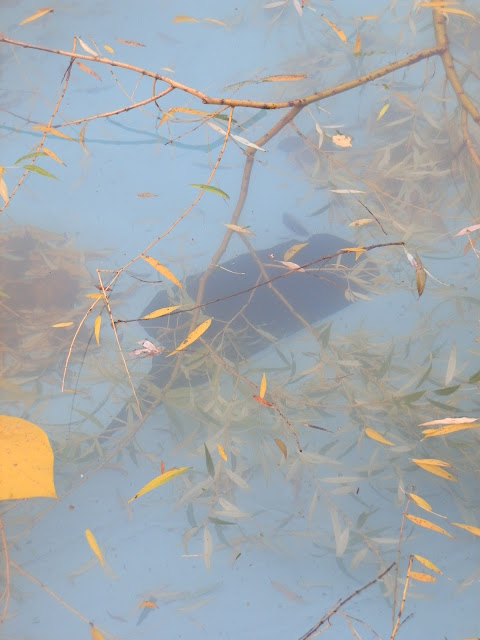 ... found this in the center of the pool cover. 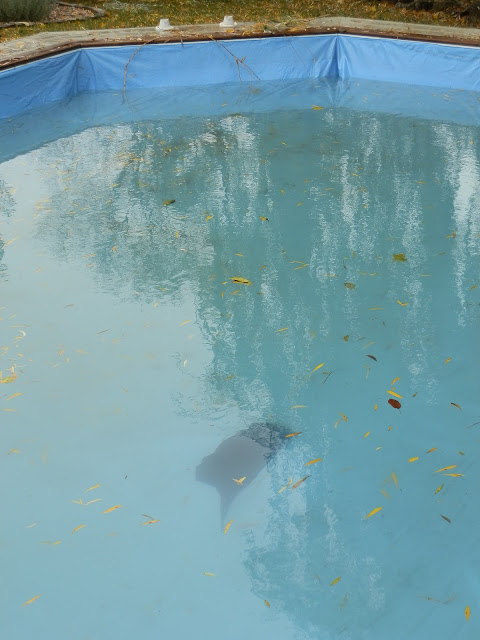 And it was big enough to make to cover now useless. 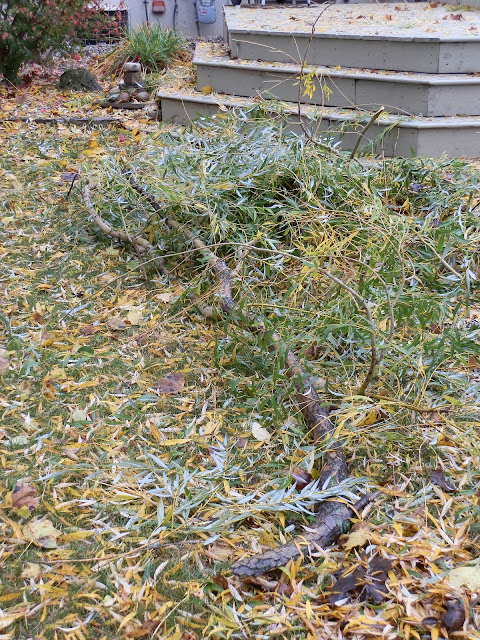 This is the branch that caused the damage ... 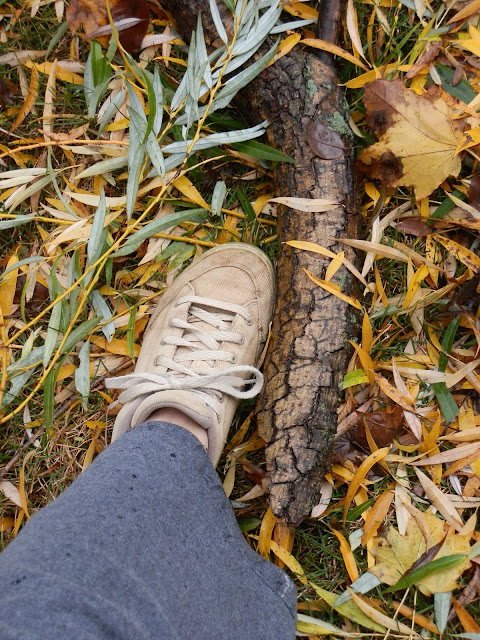 ... as you see it's not that thick but the way it was torn off the tree made it pierce the cover like a large knife. 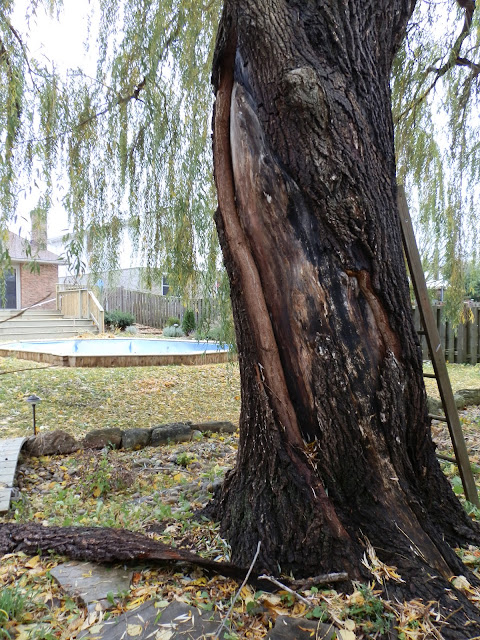 Our willow tree had a large piece of bark torn off but it was already loose from when it was hit by lightening a couple of years ago. 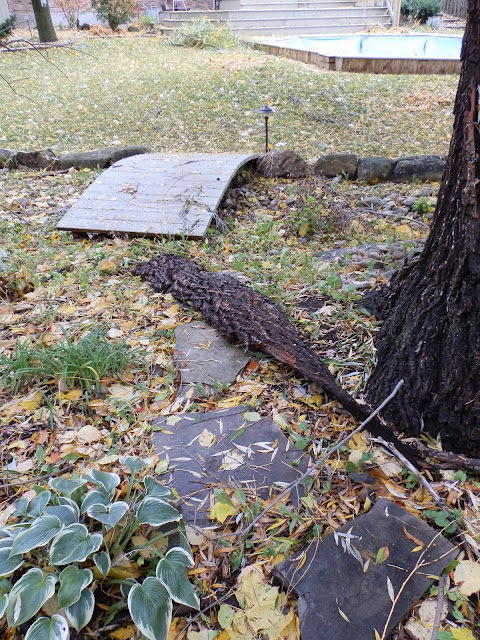 It is over 9 feet long and ... my younger daughter Caylagh wants to keep it!!
Last but not least ... 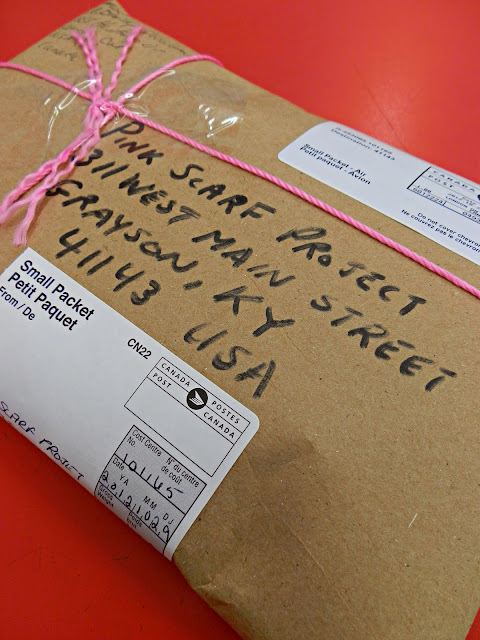 I finally got my first scarf in the mail yesterday afternoon and it's on it's way to Vicki!
My dear friends, I truly hope you are all OK after the storm and if you were affected I hope it wasn't too bad and that everything will be OK ... my thoughts are with you!
Sending you all many hugs,
Karen B.
Posted by Karen B. at 12:28 PM