A Special Day Out In Toronto ..


I am sure you all know Harry Potter.

Both of my daughters love the books and the movies so when the chance came up for my younger daughter Caylagh to meet some of the Harry Potter cast it was a once in a lifetime chance.


The Hogwarts Reunion was held in Toronto at the Fanexpo this past weekend.
After a few stressful hiccups we had tickets for the event on Saturday and headed there. It was the first time ever for me to drive all the way to downtown Toronto and I must say, I did OK. I only missed the entrance for the underground parking once. I also kept my cool sitting in a traffic jam, in very hot weather that took us over 40 minutes to get us 3 miles down the road and even after the event, I drove back home in the dark, on the highway for over 2 hours without any problems. We were home after 10 pm and I was good even though my day had started at 7 am. I am really happy with myself because I have a little fear about driving on the highway, especially in the dark. So ... one little fear of mine overcome and I am very happy about it.

When we got to the Toronto Convention Centre it was crazy! The building was filled with thousands and thousands of people that were attending the Fanexpo. We were told on that day alone there were over 100,000 people there. Many of them in amazing costumes and all of them there to see their favorite stars. We weren't able to take any photographs whilst there because of how busy it was but we didn't mind really. The special event was still to come for my daughter Caylagh.

She was over the moon and so excited because she had her photograph taken with Rupert Grint, Tom Felton and James and Oliver Phelps which was the real highlight of the day. 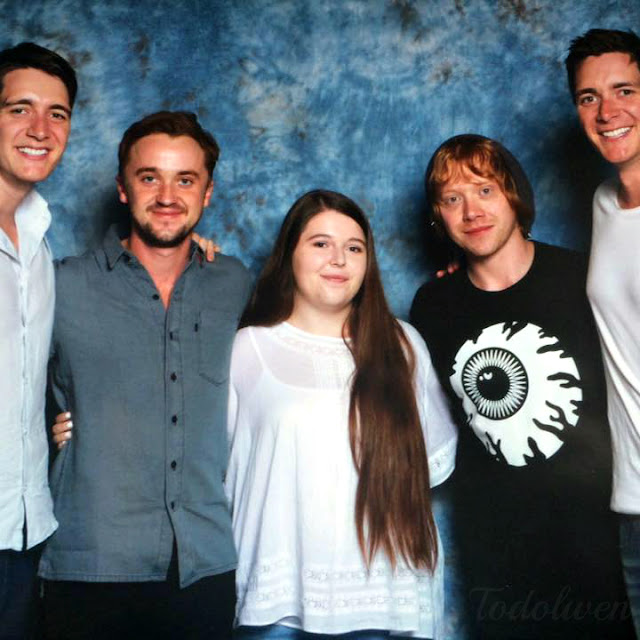 After the photo shoot we were in the front row for the 'Question and Anwser' event.
There were many laughs and lots of clapping and cheering for the four actors. 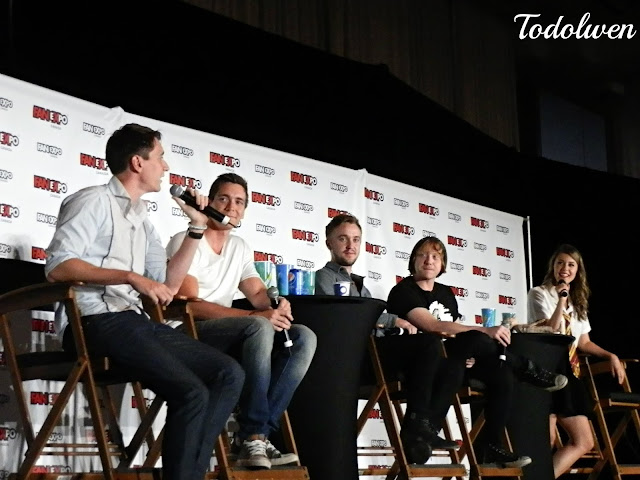 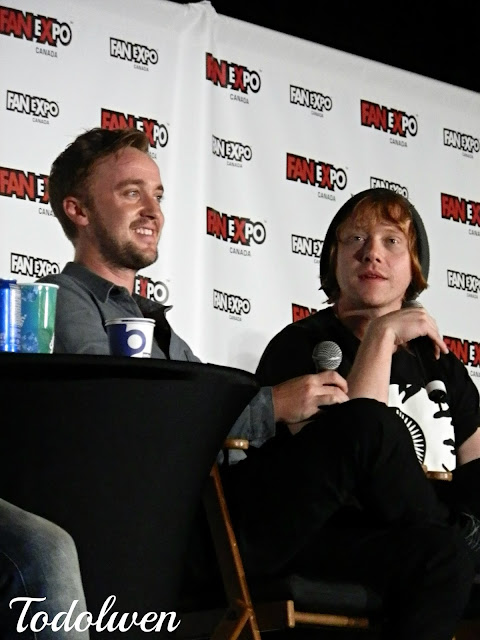 It was just such a neat thing to be able to meet some of the actual Harry Potter cast.

I am so glad that my daughter and I were able to do this together. Something I hope she won't forget for a long time. Well maybe only until next year?! I was told late that night that the cast might be returning to Canada again. Twice in a lifetime chance?! ... Who knows.