I Do Believe In Fairies

after working very hard outdoors last week I decided to take a break and work on a few posts for Todolwen but unfortunately it took me a bit longer than I thought. As I had mentioned in a previous post I was not quite finished with my final creation using my little 'remake' of the wire fairy wings that I had discovered on google last week but now I am ready to share them with you.

Since there are two fairy wings, there will be two posts, one for either wing as a completed creation.
Whilst I was taking photos for my posts I really couldn't decided which of the two different styles to use, so I chose both ~ one  style is very natural and the other is more staged. 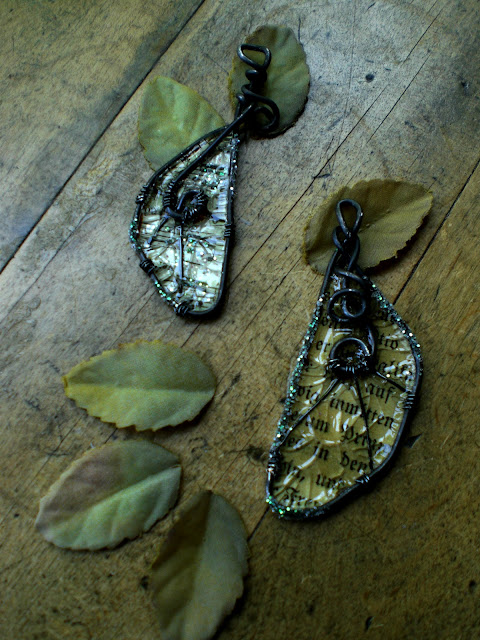 These were my 'remake' of Cynthia Thornton's Woodland Wings.
I named my first creation  'I do believe in fairies'. I love this because every time I read or think about it, it reminds me of Tinkerbell in Peter Pan when she was ill and all the children in the world kept repeating ~ I do believe in fairies ~ to heal Tinkerbell and make her well again.
I used some neat bits and pieces for this and my other fairy wing creation. Things like ... a vintage stationary clamp that I had found in a thrift store with about 20 more in a bag and some bark that fell off of our willow tree 'Salisbury' and last but not least old dictionary pages. All these bits and pieces were as if they were meant to be together.
And this is my creation ...
'I do believe in fairies" 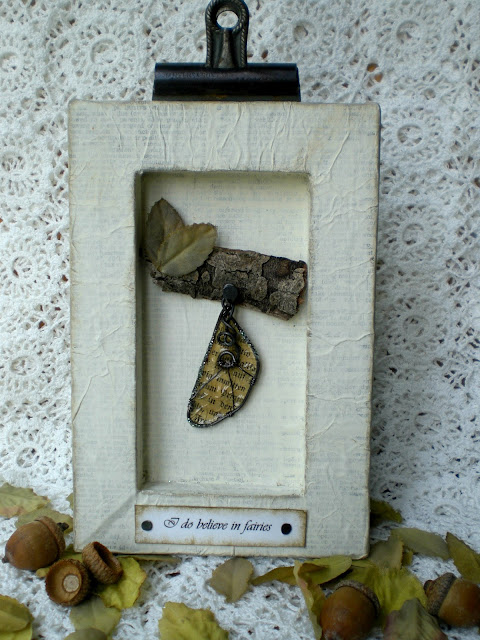 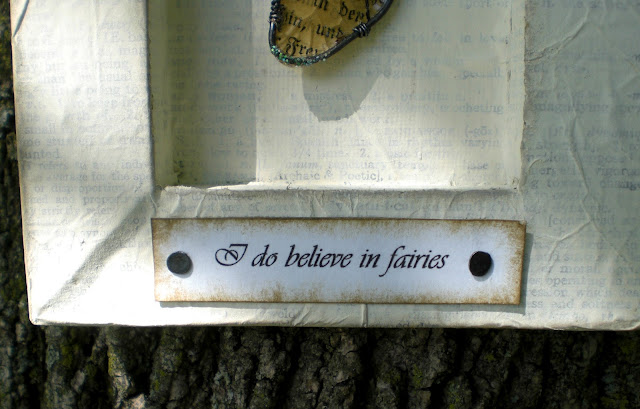 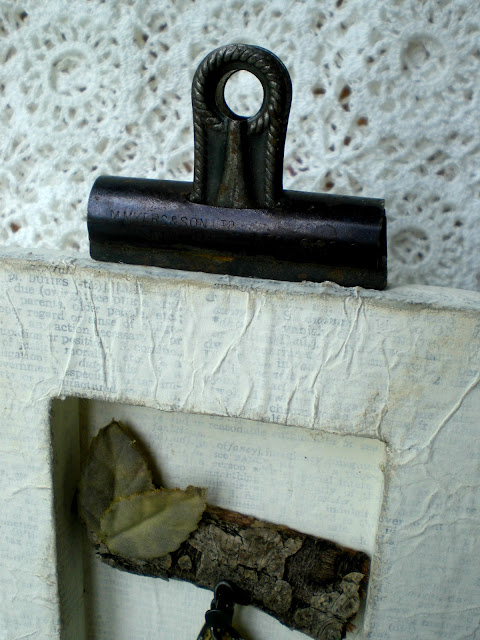 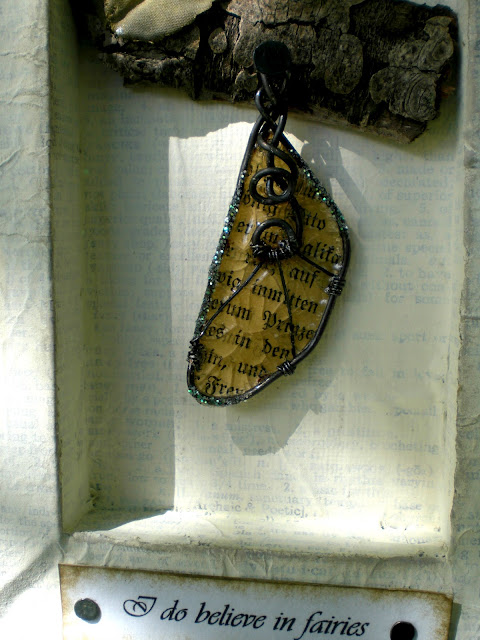 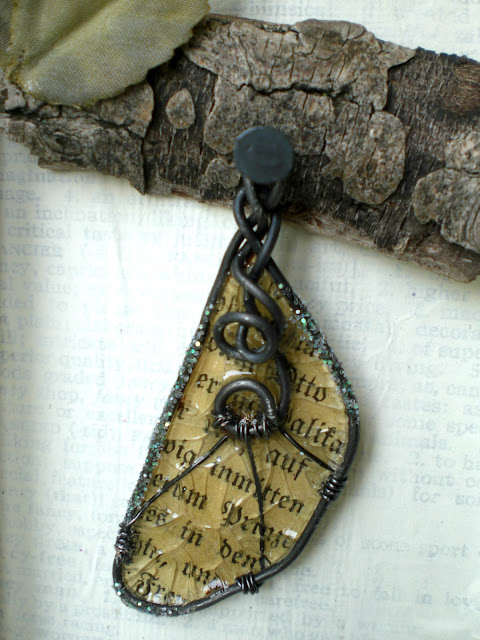 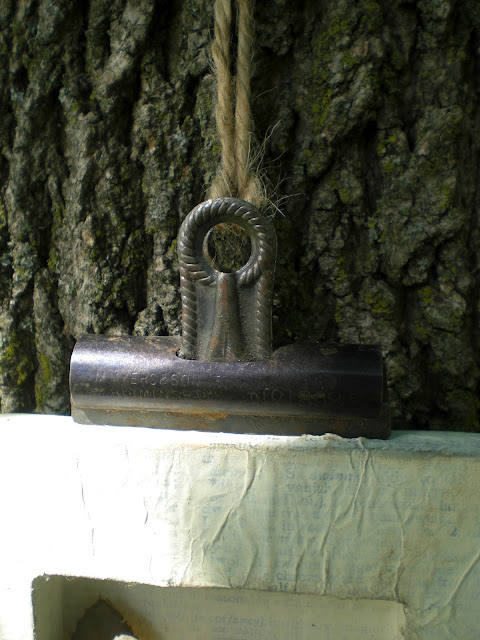 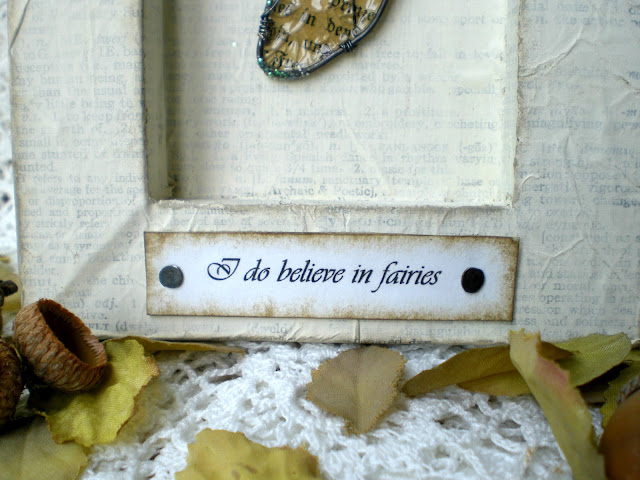 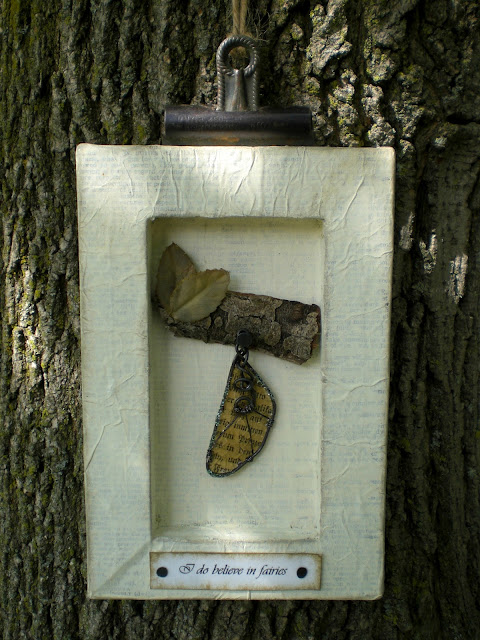 As simple as this creation is, it is also very beautiful I think.
I hope you have enjoyed my latest making and I hope you will visit me again here at Todolwen to see my other fairy wing creation.
I hope you are well and life is treating you kind.
Have a peaceful and creative day,
Karen B.
Posted by Karen B. at 9:40 AM