A Different Kind Of Winter Decoration ...


it seems that I am just not getting away from pumpkins just yet!


Today I am sharing a different kind of Winter/Christmas decoration that I have created.
Well, I have made it before just not like this if that makes any sense to you but you will see what I am talking about in a moment.

The idea of this was born a several weeks ago at my daughter Ashleigh's last tattoo appointment when I showed my pumpkin trio to her tattoo artist. All of the sudden the talk was about Christmas pumpkins and how beautiful they would and could look all in white and other "cold" colors, with crystals, snowflakes and kissed by the frost. Of course that idea got stuck in my mind and I could almost see how this neat idea could turn into something beautiful. I started to think about how I could create these beautiful things. My thoughts were with with snowflakes, jingle bells, holly leaves and the glistening of the frost floating around in my mind. Oh, the possibilities were almost endless.

I started "small" at first with a single leaf, not a holly leaf as I had planned at first but a simple pumpkin leaf made from my favorite pale green velvet ... 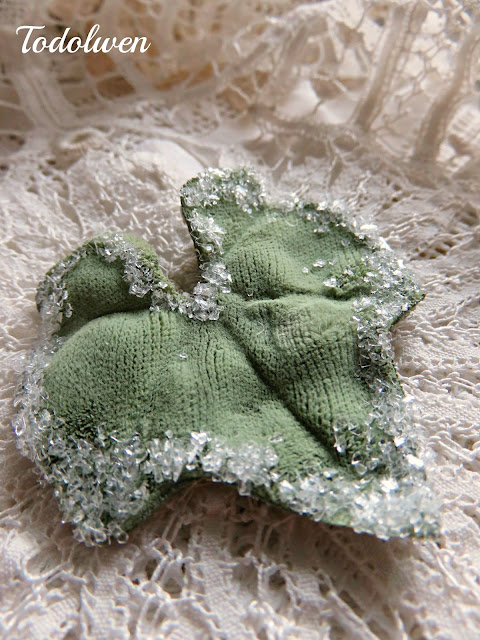 ... to see if I would like the way it would look on my pumpkin.

I made a first attempt for the pumpkin not long after that but it went really wrong and I took it apart right away and didn't even take a picture of it. My second try out was exactly what I was thinking of.
Once I was happy with my idea there was nothing stopping me. It took me a little time to finish but I did it and today I am sharing my first Winter pumpkin with all of you. 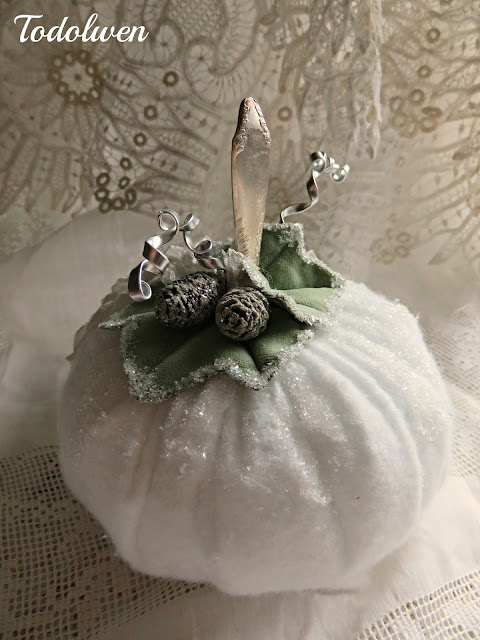 And because I am a big softy for little happy stories, I thought it would be nice if this pumpkin creation had one to go with it.

There was once a little pale pumpkin that been all forgotten about at Halloween time. It sat in a dark room in the basement of a house for weeks and weeks. Snow had already started to fall outside when the owner one day stumbled over it again. The little pumpkin had turned from pale orange to a pure white in the darkness. It's stem had fallen off at one time but the little pumpkin itself was still firm after spending all that time in the cool gloominess of the basement room. The house owner being a kind soul and not wanting to be wasteful felt a little sorry for the pumpkin not having it's "big day" or rather night on Halloween and decided to make it up to the Autumn fruit. Placing the pumpkin on the kitchen table and gathering lovely bits and pieces together, the homeowner went to work and shortly later, the pale pumpkin was transformed. It was now all festively dressed in sparkles and shiny things. It looked so beautiful like the Snow Queen had just kissed it and Jack Frost had done the same. Now the pumpkin was going to  have a special time after all because now instead of seeing lots of ghosts and ghouls on All Hallows Eve, it was going to see the wonder of Christmas.

And that is my short story for my Winter pumpkin and here are some more photos (actually a lot of them) of my creation for you to see. 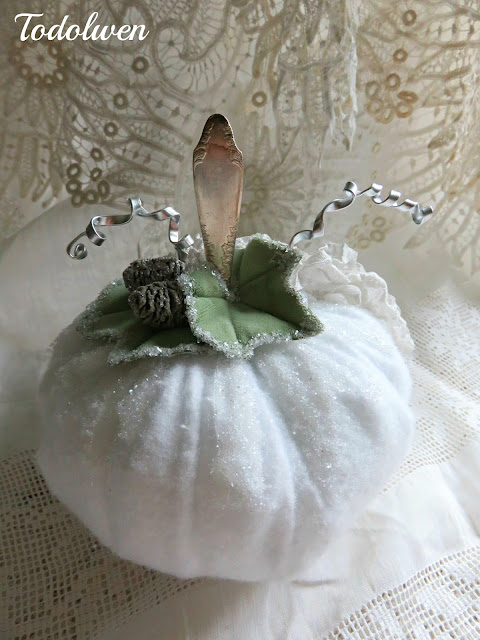 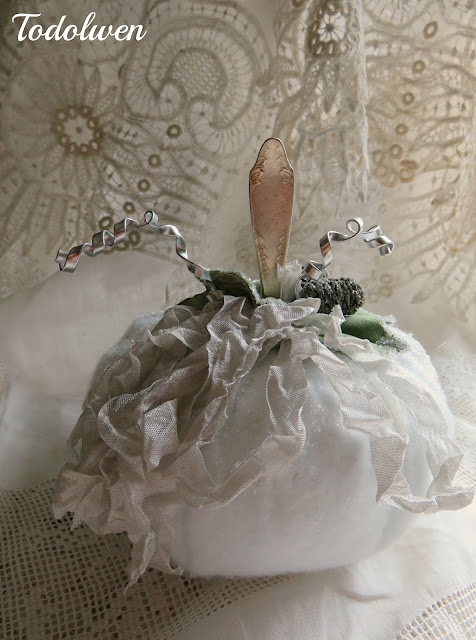 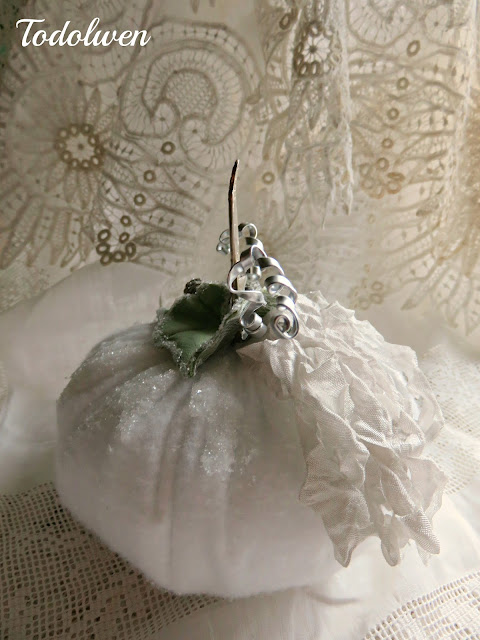 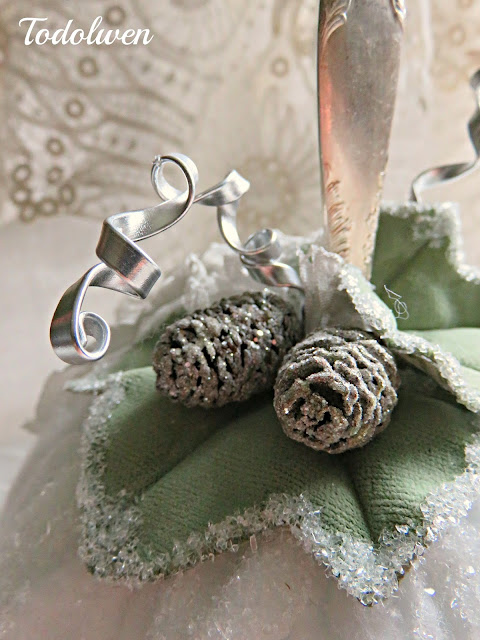 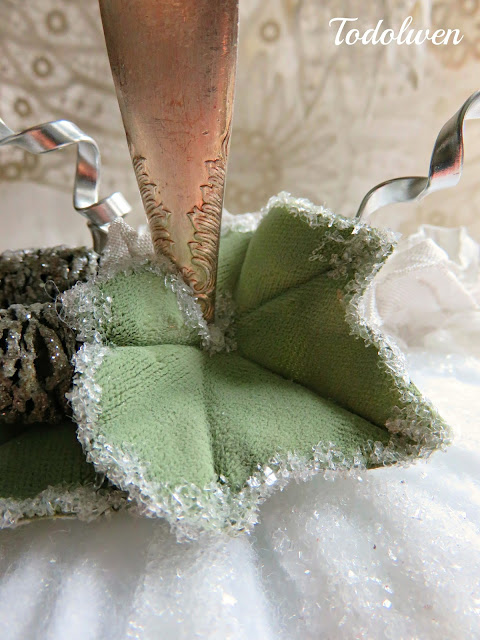 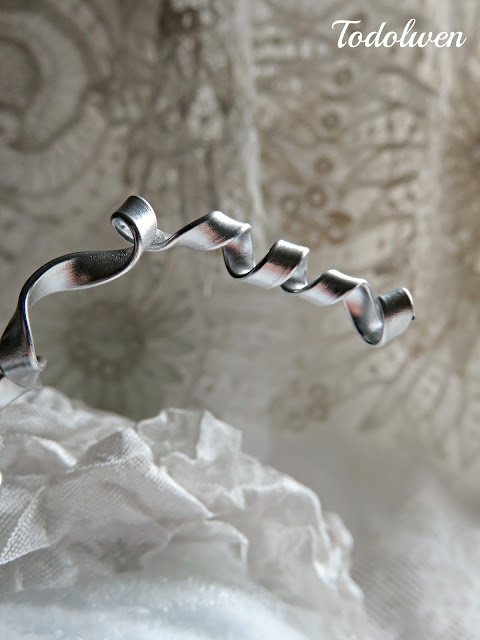 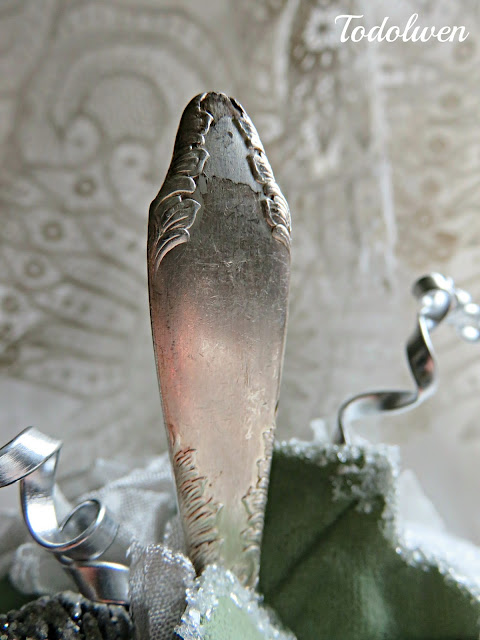 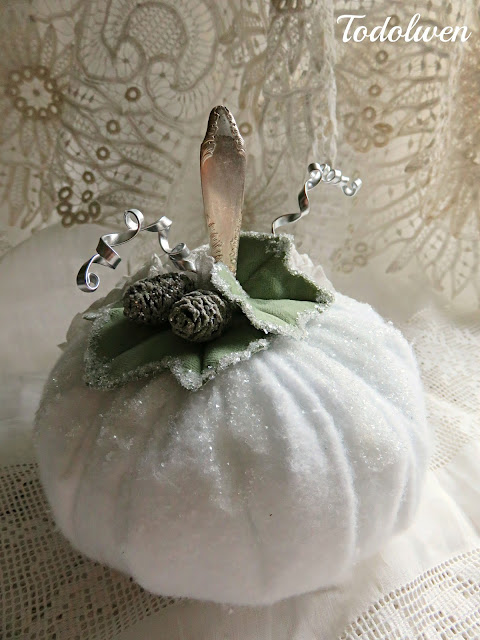 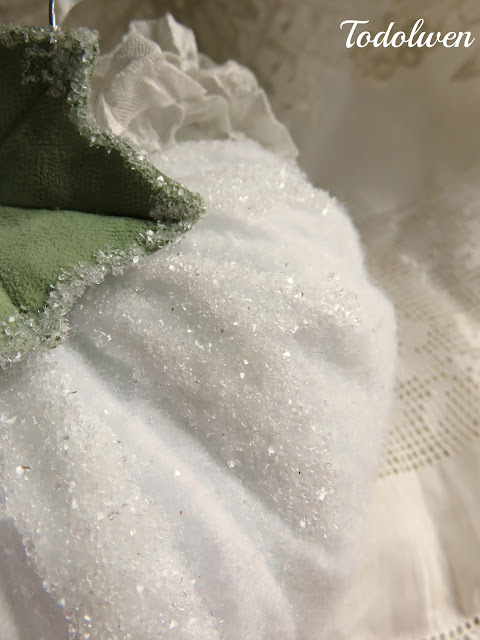 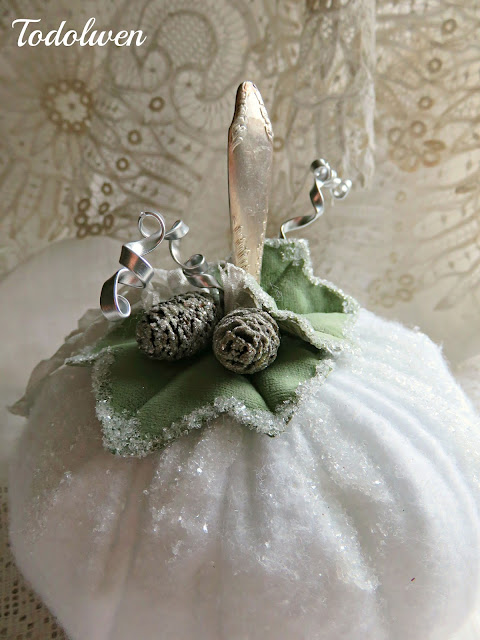 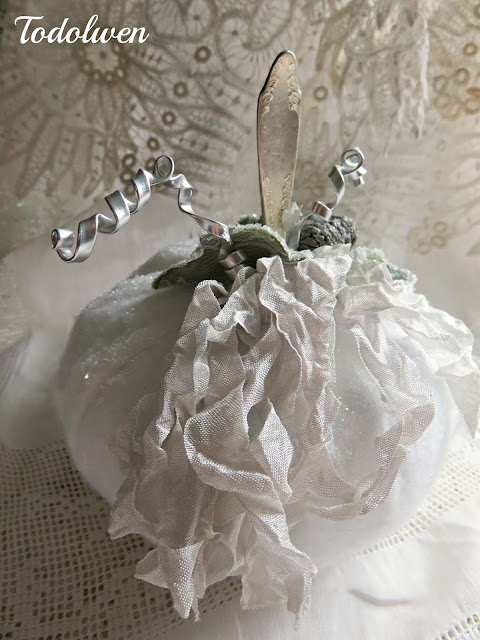 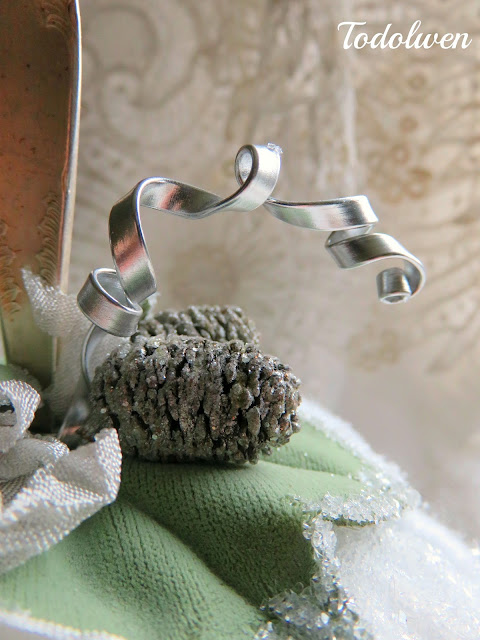 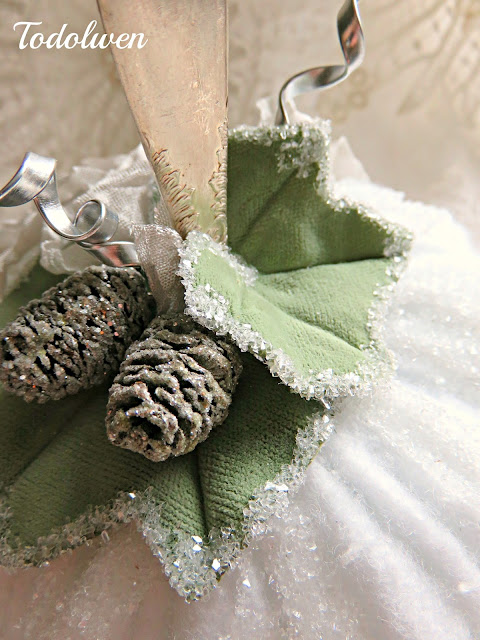 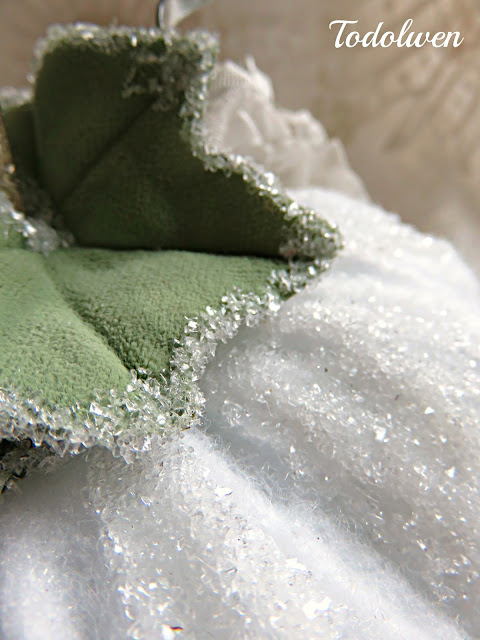 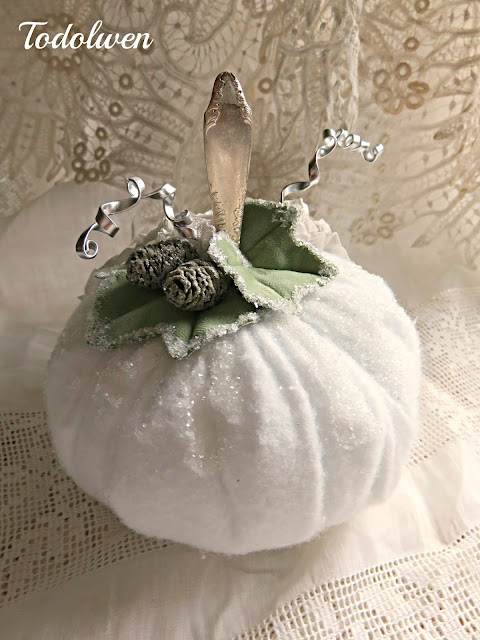 I hope you have enjoyed my creation and the story that goes along with it. I thought that it is rather lovely. It is a nice thing to be able to imagine things having a happy ending in my eyes, it just makes you feel so warm inside.

Dana and Ashleigh, thank you for giving me a neat idea and inspiring me to create it.