if you are following me since some time now you know how I like to take on larger projects that have to do with our garden. I have landscaped the front and back of our property on my own including moving 13 yards of crushed rock from the driveway to where ever it's new home was one year and the following year I tackled our riverbed that is really a drainage system and lifted every single rock up and out of it and then replaced it after I had dug out and cleaned the riverbed. Several months ago I bought and planted 12 cedar trees. No help unloading, carrying or planting and I was so happy once it was done.


A few days ago I decided to address our maple tree that unfortunately isn't doing very well at all. The past two Winters have really taken a tole on it and several larger branches have died off and needed to be taken down before they became dangerous. 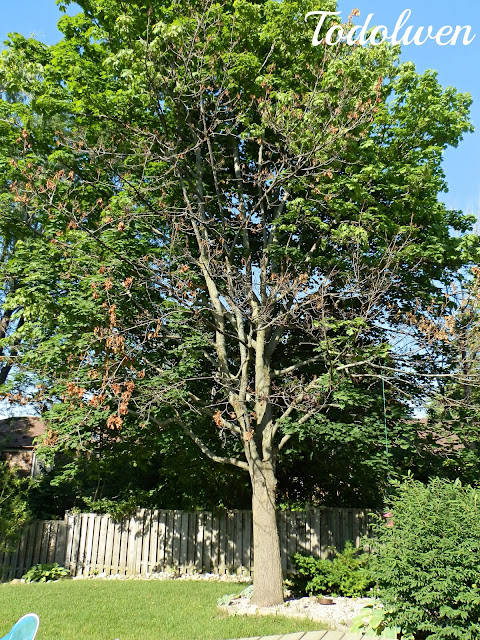 I hadn't done anything like this before, cutting large branches off a tree ... on my own, on a tall ladder. Yes, I can already hear what you are saying but I promise you I was very careful when it came to cutting and standing about 10 or 12 feet off the ground with a saw in one hand and holding tight to the tree with the other. 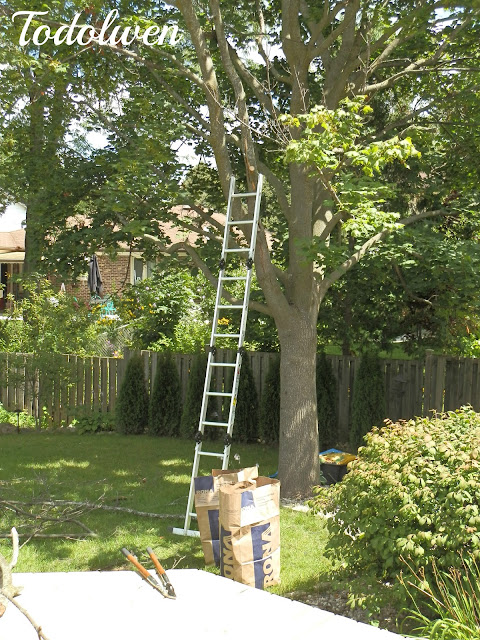 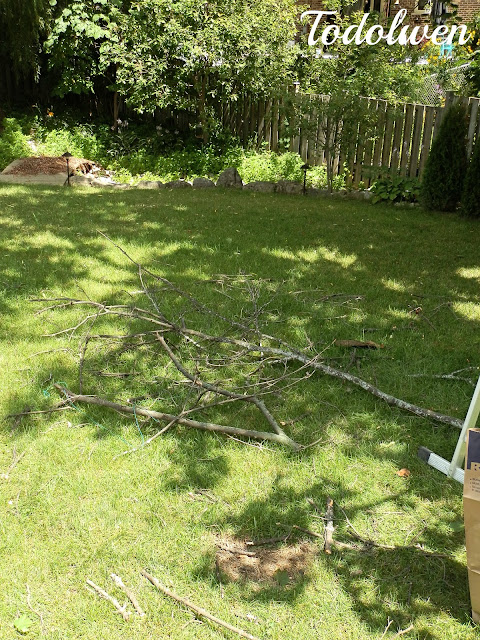 Branches started falling ~ the first smaller ones and then I took to the larger ones. Many of them were about 2 to 3 inches thick and very long as well. 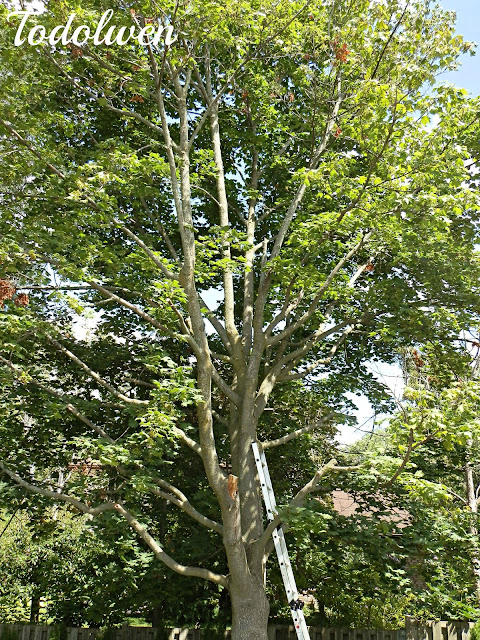 In the end the largest one was taken down too.
It took me some time to cut it since I was using a handsaw and Maple is a hard wood. It also didn't help that the branch was just over 5 inches thick and at least 9 feet long. 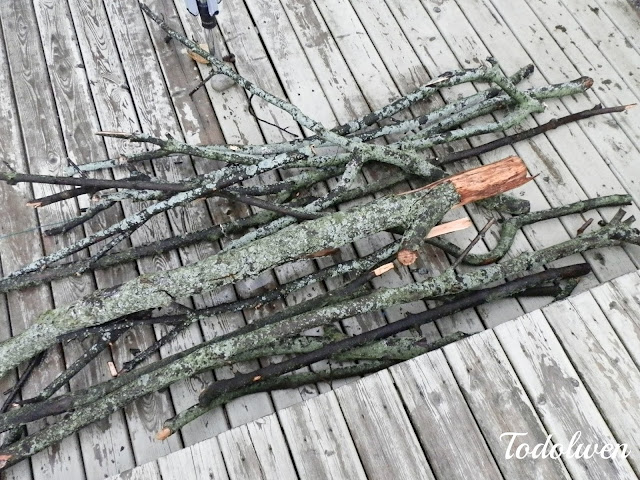 The smaller branches and twigs that were cut up right away filled 3 large garden waste bags and the larger branches are now laying on our deck, waiting to be cut too but that is something I will do another time. 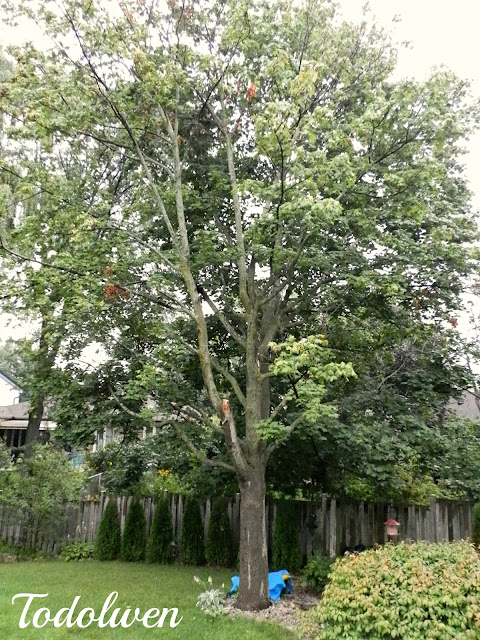 Our tree now looks a little better now without all the dead wood and it is also somewhat bare on one side now but I am really OK with that. I am just hoping that it will survive because I would hate to loose it.

Oh, did I mention that it was also quite hot and humid on the day while I was doing all this?! I got it all done and was so happy about it but unfortunately my happiness didn't last long. Half an hour after the last branch had hit the ground I ended up having a migraine attack. The pain was bad and lasted for just over two days. Either I did a little too much hard work or it was the heat or maybe both together but I know for next time for sure to take it a little slower and not to do too much exhausting work in intense heat.

So my lovelies let that be a lesson to you and me too before you do something like this. Take care of yourselves and don't be silly like me and overdo it. It doesn't always end with just having a bad headache.