My New Companion and A Bit More To Share

it is taking much longer for my back to get better than I thought it would, so sitting for longer periods of time is still a problem and it means less crafting time for me - so sad! One thing that is making me feel good - the sun is shining so beautifully today!!

Something I wanted to share with you today is a little tip about a new companion, that I wouldn't do without anymore. It comes in the shape of a little notebook. I have got two now, since I had misplaced my first one which I happened to find a few days later. 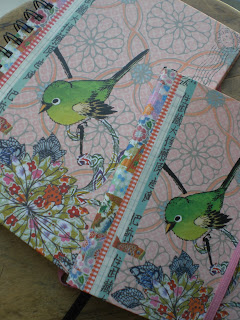 Wherever I go, my little booklet goes with me. It's best friends with either pencil or pen in my bag. So many times when I was out and about - at Timmie's, the grocery store or at the dentist, I would see something that would inspire me or I would come up with an idea for a new creation or a tutorial I would love to make and I would have nothing to write it down on. I would be lucky to find a scrap of paper, an old receipt or a paper napkin in my pocket and I would note it down on it, but some of times when I had a really good idea -  there was nothing on hand and then I would forget something. I would actually be angry at times about it. 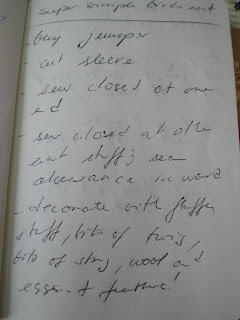 A good example is, the tassel idea came to me at my daughter's dentist appointment earlier this week. At times my head is just full of  'life stuff' there is not too much room to store crafting ideas. 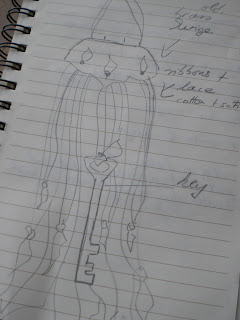 Right now I am working on the "Wee Bird " tutorial. I am hoping to have it ready soon. Not being able to sit for long doesn't really help. I do almost all my sewing by hand, it tends to take a bit longer than sewing with a machine, but standing up and doing it is hard. That's why the ribbon tassel was easy for me to do, no sitting involved really. 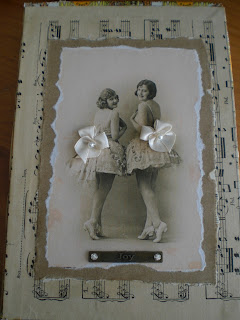 Another little thing to share. Yesterday my 10 year old daughter Caylagh wanted to craft something so we decided to use bits and pieces that she could find in my craft room. She isn't finished yet with her creation, but I just wanted to show you what she is making. She covered an old cigar box with music sheets (Mom helped) and then decorated it with a print of two dancers and some other bits and pieces. I think it looks lovely so far! 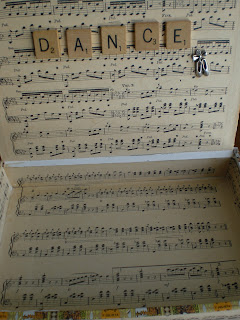 The inside has also been covered with music sheets and she has used some scrabble pieces and a charm to decorate the inside of the lid. It's not finished yet, but I will show you the end result when it is done.

I wish you a creative and peaceful day,