I think it was some tome in 2011 when I found a little antique box at a flea market. 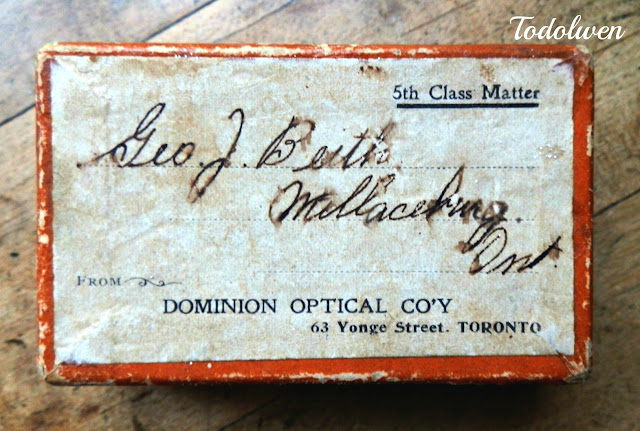 It spent a lot of time in the far corner of one of my drawers until I "found" it again in 2012 and turned it into something very neat and lovely ... a little Christmas box.
And this is that little box ... 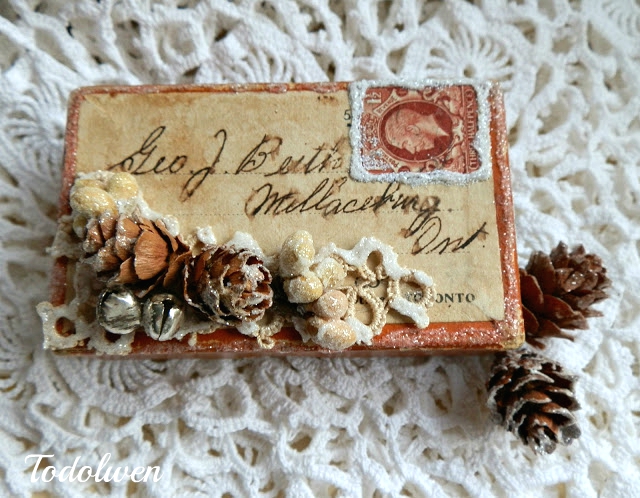 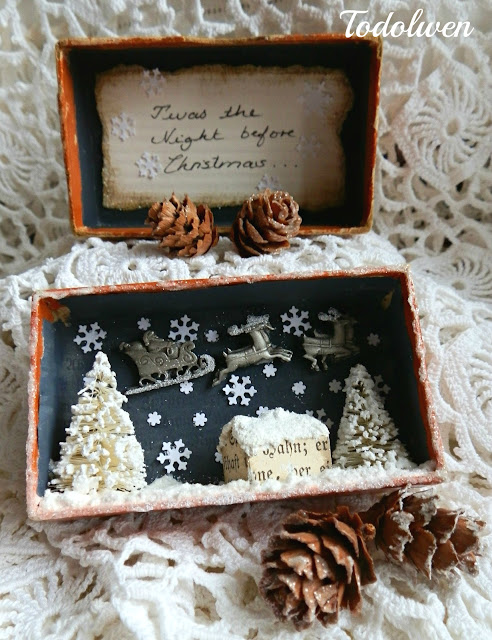 You can read all about it here ...

Last year, several weeks before Christmas, I was contacted by a lovely gentleman from the UK who had seen my little box. He wanted me to create him such a little box for his girlfriend. I was to make it personalized and so that he could place sparkling earring inside the box, as if they were hanging  in the skies and looked a little like sparkling stars. It took me a little while but in the end I was able to do exactly what he had asked from me. I couldn't share it with all of you when I was working on it because I didn't want the recipient of the box to possible read about it because then the gift Christmas surprise would have been ruined. Unfortunately I then forgot all about it until now. Thankfully though that I taken photos before I mailed it to England and that is what I am sharing with all of  you today ~ my second little Christmas box.

I named the little box after the one that was going to receive it at Christmas time ... 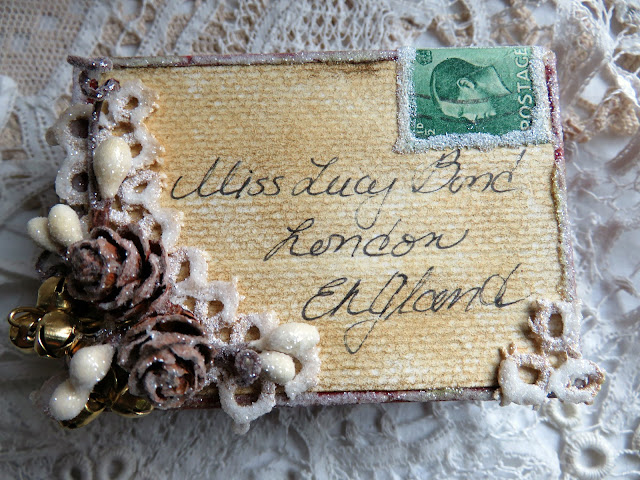 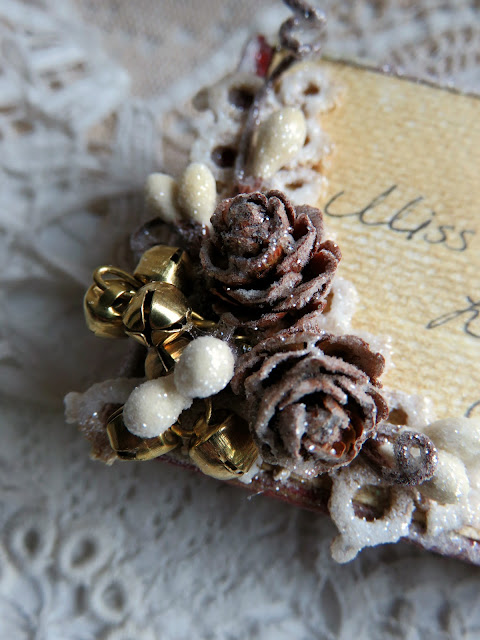 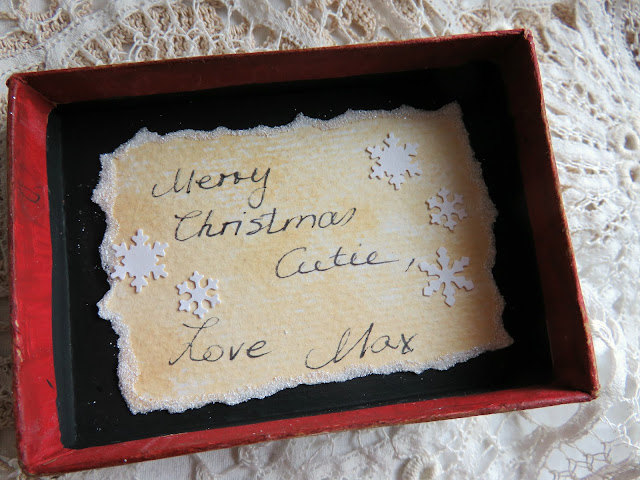 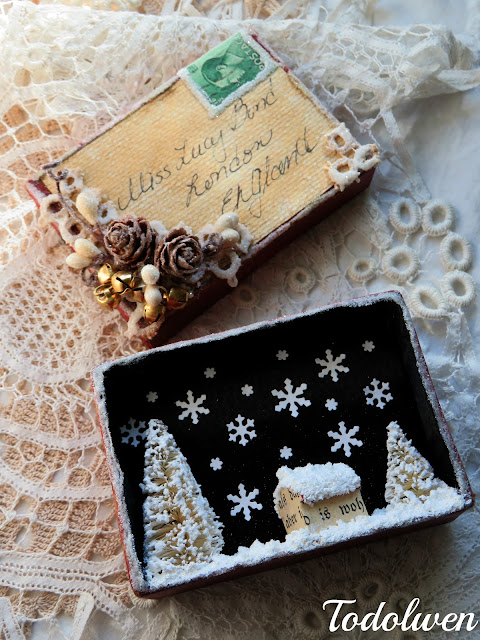 I was told that Lucy loved it and that made me very happy. 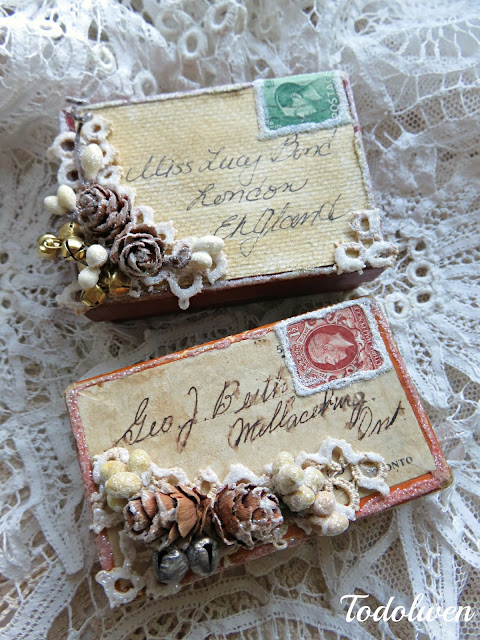 Shortly after I had listed the little box (last Christmas), a lovely and sweet lady contacted me about making her a box like this too. I hate to say but for some reason it took me until now (almost a year later) to actually sit down and make it. I am beyond happy to say that it is now finally done and ready to be mailed to it's new home. But before it goes on it's 'merry' way, I wanted to share it too with all of you today as well. It is a little different than the others but not by much but it still is just as pretty as the other ones and it too just "shouts out" Christmas time.

I named this one again after the person that is receiving it ... 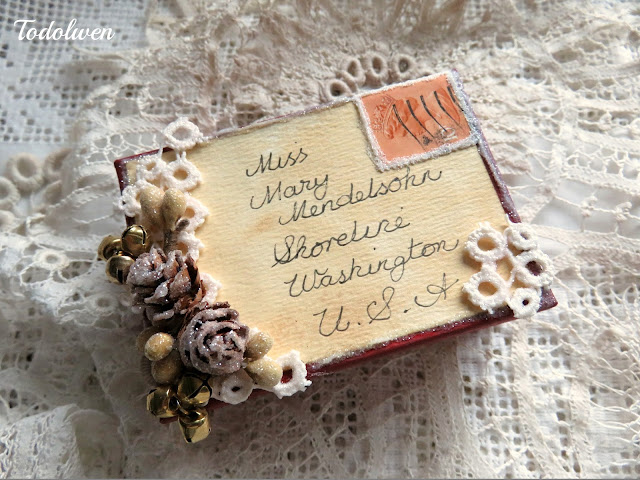 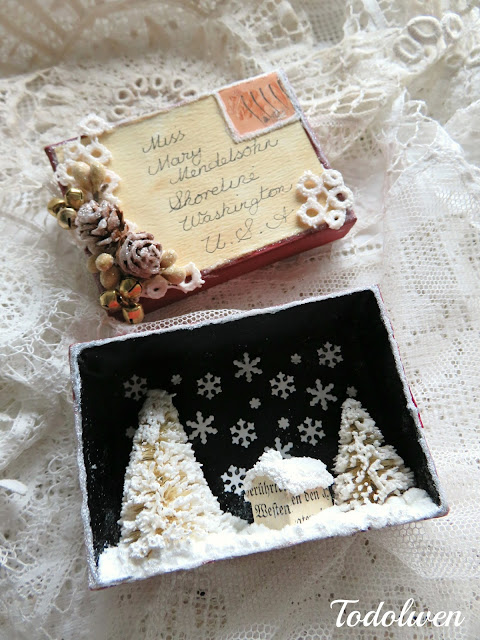 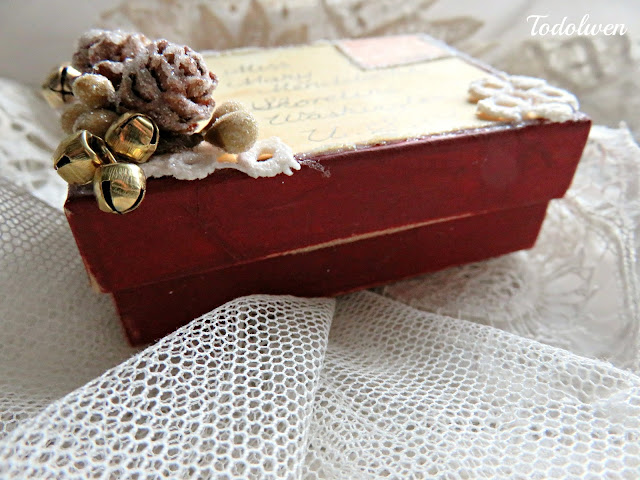 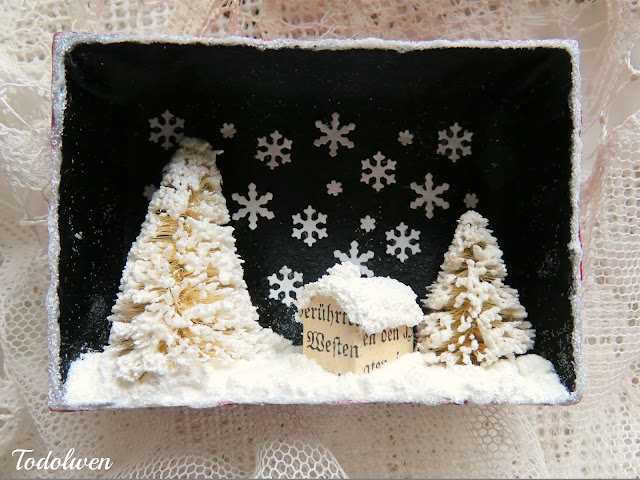 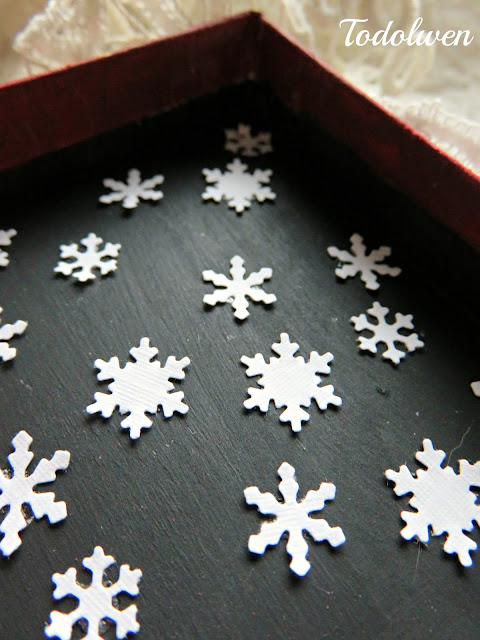 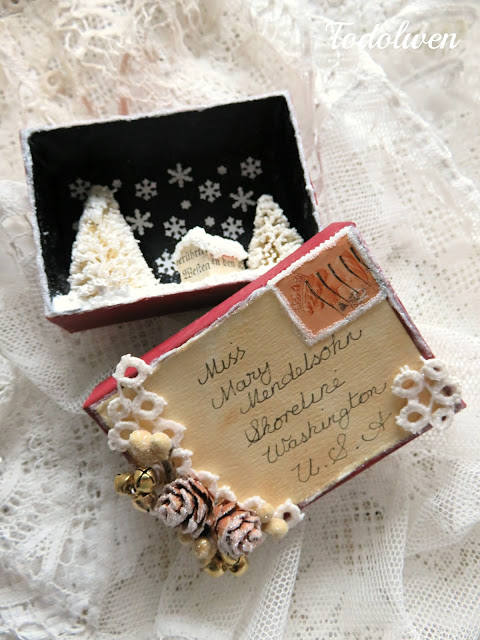 I hope you have enjoyed my little Christmas boxes and I will let you know if Miss Mary likes hers.

Thank you so much for taking the time to visit me here at Todolwen. It is always so very nice when you do.