There Are Guardian Angels ...


you will read the word "thankfully" many times in this post because this is what it is all about.


When my husband was a serving soldier in the UK, I was always worried to get "that call" when he was away but thankfully it never came. These days he works away from home and apart from the big fire in Fort McMurray in 2016, he has been safe.


This past Saturday morning, I was sitting at our dining table with my daughters chatting and laughing when I received a call. ... It was my husband. His voice was all out of breath and he was telling me that he was in a car crash/pile up but he was OK, that his car was possibly a write-off  and he would call later because the police had just arrived. After a few hours of very worried waiting with my daughters, which seemed to take far too long, he finally texted me to call him.


Once he answered his phone,  he told me that he had been out shopping and that he was involved in a pileup of 5 or 6 cars. He said that all of the sudden a strong gust of wind blew up some loose snow from the side of the road and caused a total white-out and that within 4 seconds or so, several cars had crashed into each other on a flyover of highway 63 in Fort McMurray (a dangerous place to drive). He hit a car, then his car car hit from behind which moved it into the left lane and then he was hit again by a large pickup truck on the right side of his car and not on the left where he had been sitting. Thankfully other than being banged up, bruised up and some minor cuts and his hand being badly bruised, he was OK. His car new car might be a write-off but it is only a car.  He further told me that thankfully everyone did the right thing and stayed in their cars. He was the first to call 911 and a huge array of fire trucks, police cars and ambulances arrived within a few minutes. Thankfully no one else was injured badly, just a few minor things and of course shock. I was upset but then again happy and very, very thankful. He was at his home, resting and just breathing, taking time to calm down of what had just happened.

I am so grateful that guardian angels had been watching over each one of the people in this accident and everyone was able to go home that day, shaken up but alive and well.

Thank God! No one was hurt badly, it was only metal that was broken because it could have been so much worse.

Here are a few pictures my husband took with his phone once police and ER services had arrived. 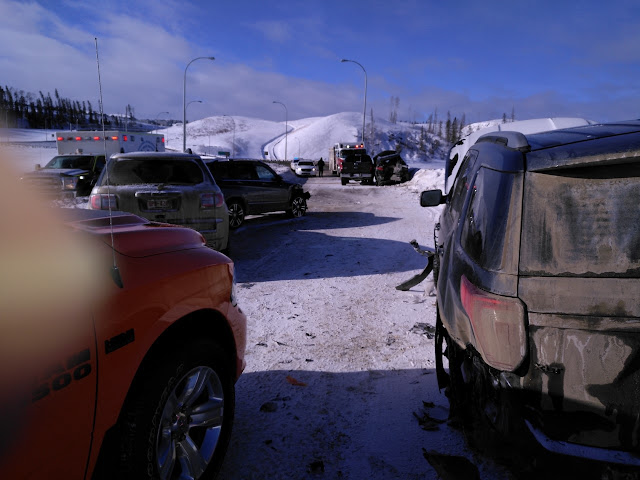 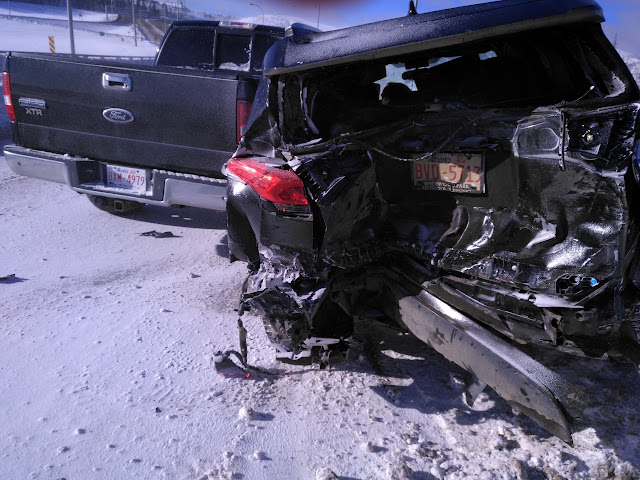 Everyone got out of this wreak without injuries! Angels were for sure watching over them. 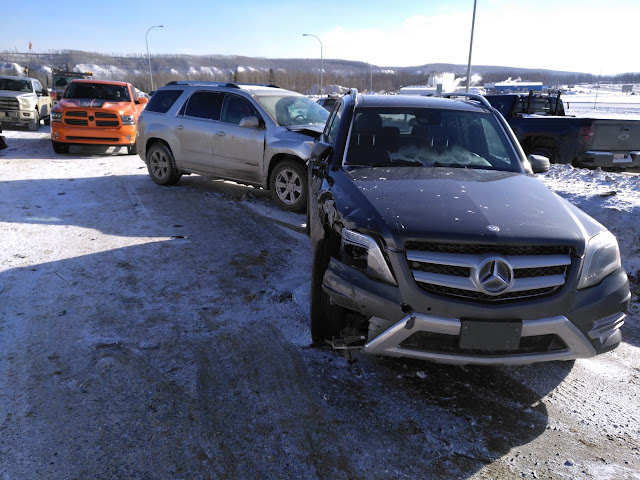 This is my husband's car.  He was so fortunate that it didn't get hit worse.

Things can happen so fast, unexpected and intense.
Thankfully there are guardian angels out there watching over us.